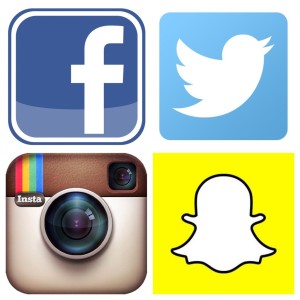 Why do you follow someone on Twitter? Why do you like a Facebook page? What makes you like a stranger’s photo on Instagram? What motivates you to connect with someone’s network on LinkedIn?
If you’re like me, you don’t follow someone just because they already have a lot of followers. I never look to see how many friends or “likes” a Facebook page has before I click “like” for myself.
In fact, the number of followers means nothing to me. I follow a person or a business because:
I love social media. I love the incredible wide-reaching range of the Internet. I love that musicians can bypass music companies and become stars by singing on YouTube. I love that people who have a message can send it to anyone who wants to listen – across the planet. I’ve embraced social media from the early days and try to stay on top of the latest trends.
Sure, people like to post pictures of their lunch. Yes, they talk religion & politics, which they’d never do at a dinner party. Some incite anger, fear or motivation. Some inspire. Some bully. Some use social media to complain incessantly about their job, spouse, children, and every other thing that’s gone wrong in their life. Some send passive aggressive messages to their bosses or spouses or children or friends. Sometimes you “unfriend” them. Or block them. Many times you may just ignore.
Those of us who work in Television or Broadcasting have been encouraged to get involved in social media by our managers. They know that many people get their news and weather from Twitter and Facebook, or an application on their smart phone, along with (or rather than) from watching TV.
Our bosses want us to be engaged with our followers and friends, which will hopefully translate to those people watching us on TV.
I don’t pay too much attention to the numbers. I’ve never been one to closely watch the ratings of the newscasts on which I work. And I don’t closely watch how many likes or followers I have (or someone else has). I leave that to the people above my pay grade.
My goal is to work hard; do the best job I can do; enjoy my work; and provide an example to my children of a strong work ethic and proper priorities.
That goes for my daily work, and it goes for my involvement on social media.
When someone sends me a request to follow their Twitter feed, I only do it for the above listed reasons. I don’t automatically friend or follow everyone, nor should you. Who has time to keep up with all the “noise” that’s out there?
But social media is more than just getting information. It’s an opportunity to interact… be “social” with the person whose account you follow. TV has always been about me broadcasting to you. You can’t talk back to me – unless you send me a letter in the mail or an email. Now with social media, you can actually respond and we can communicate back and forth. Sometimes that’s good. Sometimes that’s bad (thanks, internet trolls).
I remember back when Ashton Kutcher (or was it Demi Moore?) was the first person to have 1 million Twitter followers. I thought it was cool. I thought it was interesting. I assumed each one was real and not some fake spam account. But I didn’t follow just because everyone else was. In fact, it was more of a deterrent for me to follow. With a million followers, they sure wouldn’t see MY tweet even if I sent one.
I also remember being pretty excited when Ralph Macchio (from “Karate Kid” fame – The first one, not the new one with Will Smith’s kid) wished me a happy birthday on Twitter! He and I share a November 4 birthday. A few years back, when Twitter was fairly new and most of us didn’t have many followers, a friend of mine tweeted that I shared a birthday with Ralph. He tweeted back with the wishes!
Since then, I’ve had a few other “fun” Twitter moments… like Bill Rancic confirming that he was in my graduating class at Loyola University Chicago. Johnny Damon tweeted that he wasn’t going to get me a spot in Sharknado with Ian until he secured his own spot. Jameer Nelson started following me (but he might follow everyone). So yeah, it’s fun. I get the draw of thinking someone “famous” is possibly accessible to little old me.

I’ve also “met” some pretty cool people that I may have never known without social media. Some are fellow weathercasters. Some are local central Floridians. Some don’t live anywhere near me, but I feel like they have become “friends” despite never meeting them in person.

I see social media as a way to get instant information (which can be both good and bad) and a way to be entertained. I don’t see it as a replacement for TV news/weather (at least not yet), and I definitely don’t see it as a way to increase my status as a person or as a meteorologist. Just because I have more followers than you does not mean I’m more popular or a more accurate forecaster, or even a social media “leader.” After all, a quick google search will bring up several different ways to BUY followers and friends.


I’m still baffled by that. Why in the world would someone want to pay money for fake social media accounts to follow them? It scares me in my business that there might be bosses out there who think a high follower count translates to being “good” at social media.
Quality is always better than quantity. Always.
I get requests from TV friends all over the country asking me to “like” their page saying, “My bosses want me to increase my following…”
That is silly. My following a meteorologist in another state will help me get more information about weather in other places, but it certainly won’t provide a benefit to them. It gets them a follower… who doesn’t live in their town, doesn’t watch their newscast and doesn’t help their TV station grow in any way.
It bothers me when I hear my daughter talking with her friends about how many people did or didn’t “like” a picture on Instagram. I try to assure her that Instagram likes do NOT translate to being a better/lesser person.
Hearing kids talk this way is normal I guess. Popularity is so important when you’re in middle school. But hearing adults (even managers) talk about how important follower numbers are bewilders and concerns me.
The point of having lots of followers is to get your message to lots of people, not to pretend that you’re cooler than everyone else in the (chat) room. If your followers aren’t real (you bought them) or if you aren’t interacting with them (never comment, never respond), what’s the point? If you’re simply sending a message (like broadcasting on TV) without interacting, you’re missing the whole “social” part of social media.
Here’s the thing: Your social media accounts are YOURS. You get to decide how you want to use them. If you’re a business, you can promote your business. If you’re a forecaster, you can post about the weather. If you’re funny, you can send a joke. If you’re a mom, you can write about your kids. Let people follow who are interested in your topic. Let the others move along. You can certainly buy fake followers so your business can look better than your competitors, by why? There’s no need to ask people to “follow back” when you have nothing to offer.
I just hope that users understand that quality is always better than quantity when it comes to followers and likes. A fake follower who was bought is always fake.
Also remember, as fun as social media is, there is a time to disengage. I have to take a break — from the questions, from the negativity, from the photos of my friends’ lunches. It’s okay to NOT answer. It’s okay to step back for awhile. If you’re only using Social Media as a way to feed your ego (look at how many “friends” I have looking at yet another selfie of ME!) or as a way to communicate a one-sided message, at some point, you’ll probably lose a lot of your real followers. The fake ones you paid for will still be there.
See ya on SM!
@amysweezey