Have you ever wondered what the rain percentages on the 7 Day Forecast really mean? 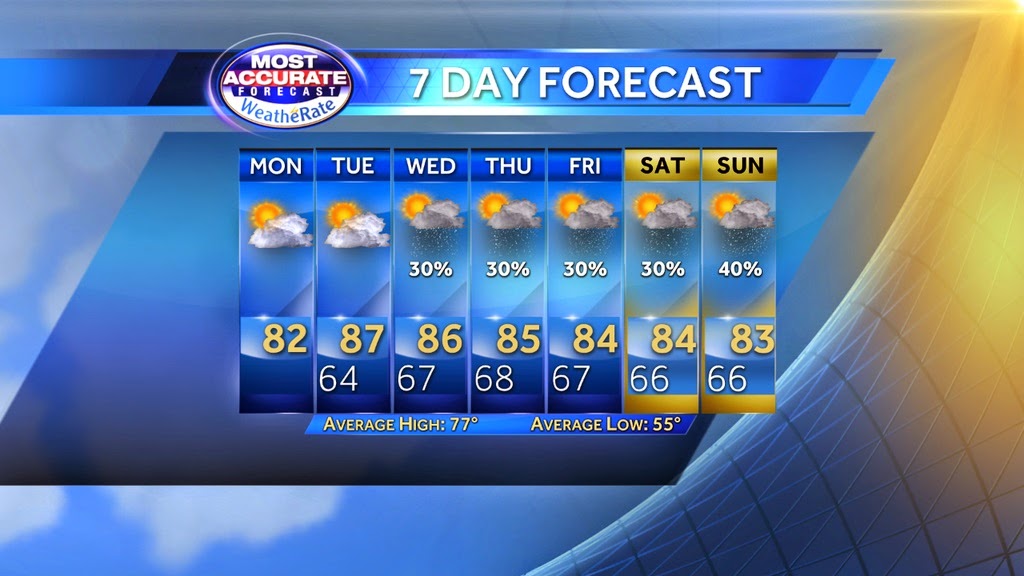 The statistical output that comes from the computer models is known as “probability of precipitation.” In weather-speak, we abbreviate it as PoP (and say Pops).

There is a specific definition of the PoPs which comes from a computer generated weather model. The American Meteorological Society defines it like this:

The National Weather Service explains it a bit more thoroughly (but possibly MORE confusing when the math equations enter the picture):

It’s my job as a meteorologist to take the mathematical equation above (deriving the PoP number) and translate it into a percentage that viewers can and will understand. That’s where the confusion comes in.
I have seen television stations across the country use it as the amount of time during the day that you will receive rain. So a 50% chance of rain means that half of your day will get rain.

Others use it specifically in reference to their own confidence level that there will be rain at some point that day. There is a 50-50 chance that you will receive rain at your house within a given period of time (but isn’t that true ANY day?)

As the AMS definition says above, if a meteorologist deviates from the way PoP was MEANT to be understood, it  should be clarified verbally in the forecast.

At WESH I use “chance of rain” more as coverage. If I put a 20% chance of rain on the forecast that means 20% of Central Florida will receive rain. On a 20% day the radar on the WESH mobile weather app might look something like this: 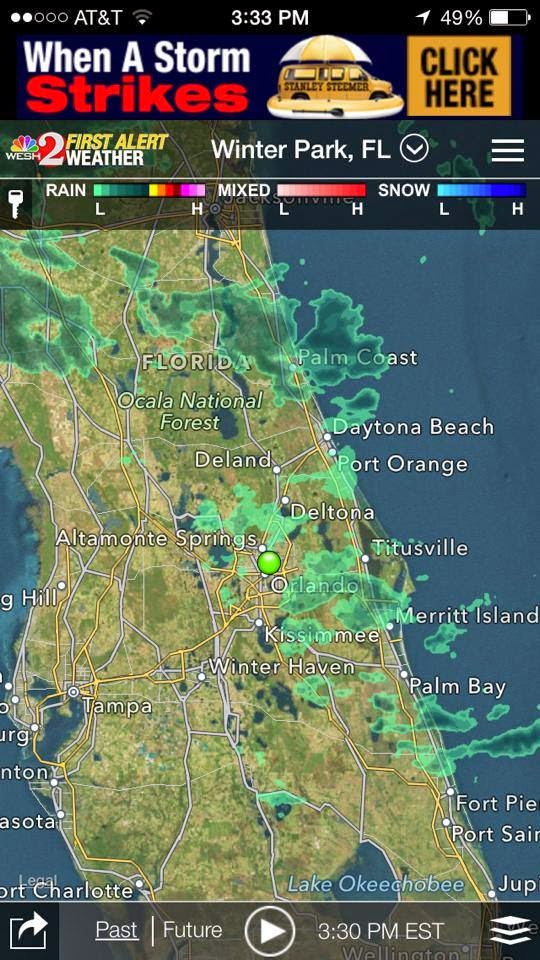 If I forecast an 80% chance of rain that means 80% of the area is going to receive rain at some point during that day. The radar would look more like this on an 80% day:

The time of day that the rain falls doesn’t play into my forecast.
Often in the summer months in Central Florida, the 20% or 80% coverage of rain is likely to happen between 3 PM and 8 PM, when seabreezes collide and cause our afternoon storms.

In the wintertime, when cold fronts come through the state, the timing changes with each passing front. It’s my job to explain on TV what time the rain will happen and where it is most likely to fall.  You will see a percentage on the 7-day forecast telling how much of the area will receive rain that day.

Often if a viewer sees a 100% chance of rain, they assume it is going to pour buckets all day long. That may not be the case. 100% of the area may get rain, but maybe it will only last a few hours, if it’s a fast-moving front. A viewer who sees a 20% chance of rain may assume there will only be a few light showers, which may also not be the case.
100% chance could be light rain. 20% could be torrential downpours.

Suppose it’s a 20% chance of rain day and the radar looks like this: 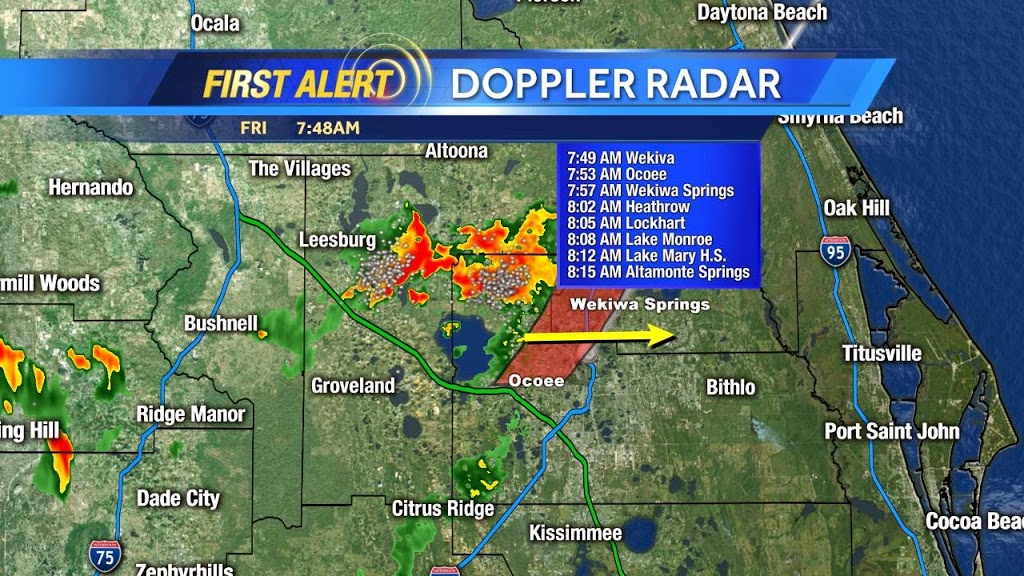 If you are under the storm over Zellwood/Eustis/Tavares, you are receiving a 100% chance of rain (and it’s a downpour accompanied by lightning!). Everybody else who isn’t getting rain has a 0% chance of rain. See how it gets kind of tricky?

Because of the confusion with different definitions and multiple interpretations, many TV stations across the country never even put a rain percentage on their forecasts. Instead they use words like “scattered,” “isolated,” or “a few showers.”

Obviously, I cannot speak for anyone else in Central Florida, but it appears based on what I’ve seen and observed, most of the TV meteorologists here use a similar thinking.

That is why you still need a TV meteorologist, and not just an application on your smart phone, for a complete weather report. Real people, with meteorological training, can interpret the forecast and give you accurate details you can never get from computer generated statistical output (which is what ultimately feeds your phone’s weather apps).


Deprecated: Directive 'allow_url_include' is deprecated in Unknown on line 0