September 10. That’s the official peak of hurricane season for the Atlantic Basin. It’s all downhill from here to the end of the season, November 30.

But it’s a slow decline. Not a steep one. 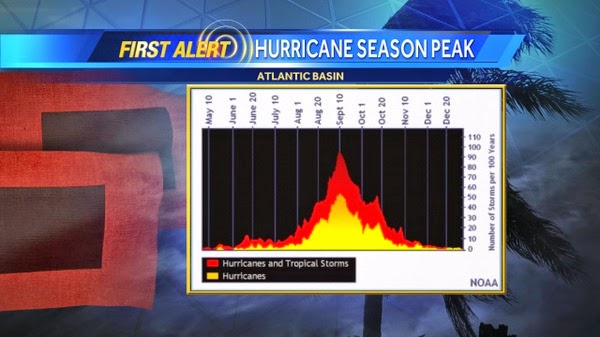 So far, it’s been a relatively quiet year with just four named storms. Three have reached hurricane status and NONE have directly impacted Central Florida. 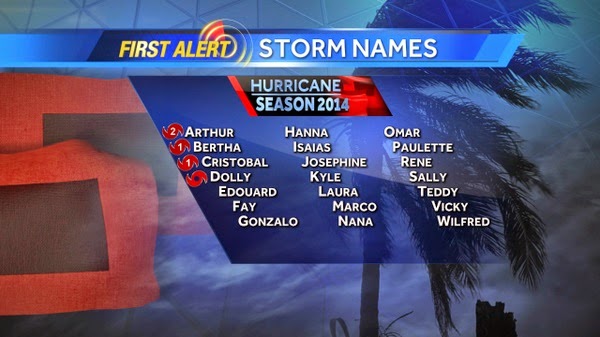 A combination of atmospheric conditions get the thanks for this “quiet” year so far: dry air from Africa suppressing development of storms over the open waters, strong wind shear, cooler-than-normal sea surface temperatures and higher-than-average surface pressure.

2009 was the last season we had similar conditions in the atmosphere, and that year we ended up with nine named storms (by November 30). An average season (normals from 1981-2010) has 12 named storms with six of those becoming hurricanes. Of those six, on average, three reach major status with winds of at least 111 mph.

Even though it’s been a quiet start and we’re getting over the hump of the peak, it’s too soon to let our guards down just yet. Remember Hurricane Jeanne made landfall at the end of September in 2004 and Hurricane Wilma formed in October of 2005. Wilma went down in the history books as the strongest hurricane ever recorded as a Category 5. At its peak, Wilma’s maximum winds were at 175 miles per hour and the pressure dropped to 882 mb. Wilma made landfall in South Florida and swept quickly across the state.

Also, keep in mind that even though the “official” hurricane season runs from June 1 to November 30, there has been tropical activity reported in every month of the year. Have a plan, be prepared, and stay safe this season! Hey, have you downloaded the WESH 2 Hurricane Tracker App yet?