Beginning today, there is a chance for rain every single afternoon on the 7-day forecast.
This doesn’t always mean the rainy season is underway, but in this case, I think it just might be… 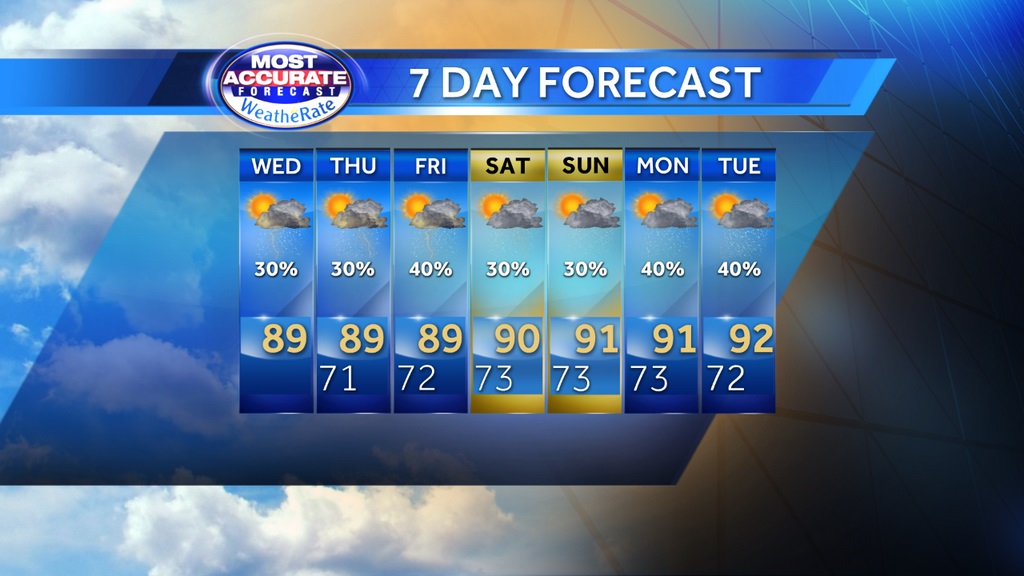 On average, the Central Florida wet season begins in Orlando on May 27 and in Daytona Beach on May 29.  However, it has started as early as May 5 in Orlando and as late as early July in Daytona Beach.  This so-called “season” lasts an average of five months (late May to mid/late October). 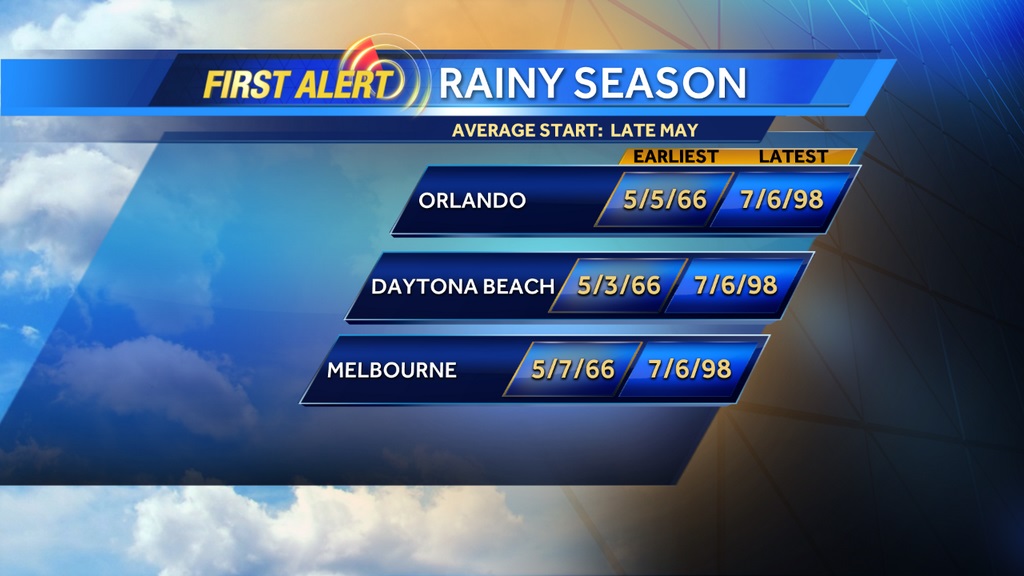 Sixty-one percent of our total yearly rainfall is received during those five months.  There really isn’t a definitive start date or time but there are a few signals that alert us to the fact that the wet season may be beginning.

The National Weather Service office in Melbourne makes the official “call” of when the wet season begins each year.  The meteorologists there usually wait a few days, or sometimes weeks, after we think the season has started before they determine the official start date for the year.